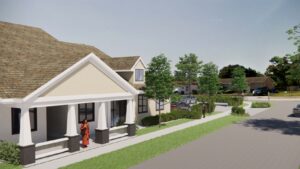 The site previously had public housing that was demolished over 15 years ago.

The developer wants to rezone the property from “single-family” and “commercial” to “planned development district.” That would allow up to 155 homes.

Amenities would include a community building, a playground and a dog park.

HTG would execute a land lease with the BCHA, and the partners would jointly own the development.

“Affordable and attainable housing in Broward is so needed in today’s climate, so we made sure to offer a community that will fit the demand of the two critical demographics: families and seniors,” HTG said in a statement. “Although the site has been sitting vacant for years, it has always been earmarked for the provision of much-needed affordable housing to the community, and has been an ongoing development effort for BCHA. We are proud to have been selected by BCHA to meet that need.”